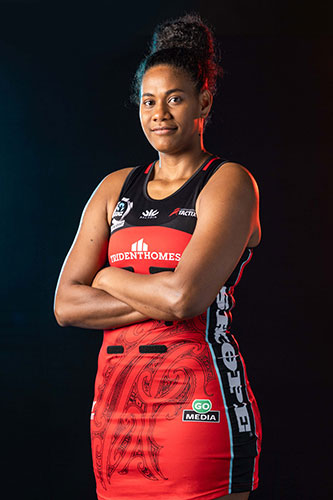 Being able to settle closer to home and family, athletic 1.87m in-circle defender Kelera Nawai-Caucau has moved to the Tactix for the 2022 season. Nawai-Caucua originally came from Fiji to St Andrews College in Christchurch on a scholarship in 2014. Involved in Canterbury netball for several years, she played for Mainland in the National Netball League in 2017 while also being a training partner for the Tactix the same year. Returning to Fiji, Nawai played for the national team which included attending the 2019 World Cup. She returned to New Zealand in 2019 to join her husband who works in Methven. Physically imposing with an impressive reach and strong rebounding presence, Nawai got the opportunity to showcase her potential at the elite level when playing for the Pulse in 2021.