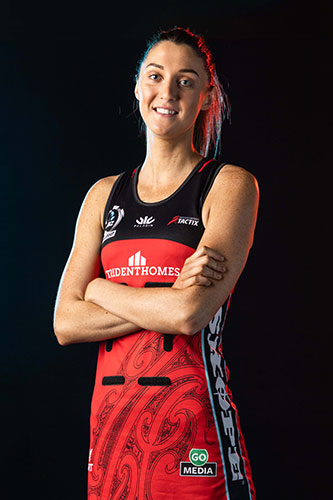 After a two-year hiatus, lanky defender Kate Lloyd makes a return to the Tactix and top-flight netball in 2022. Promoted from the Mainland National Netball League team to the Tactix as an injury replacement in 2017, Lloyd made a number of handy cameo appearances throughout that season. She went on to claim the World Youth Cup title with the NZU21 team the same year before heading to the Magic in 2018. The Ashburton-born 1.92m in-circle defender returned to her home franchise in 2019 but has since been turning out for Mainland. She was a Tactix training partner in 2021 and now with more mileage under her belt and the valuable asset of height at the defensive end, Lloyd gets another opportunity to showcase her talents at the elite level.