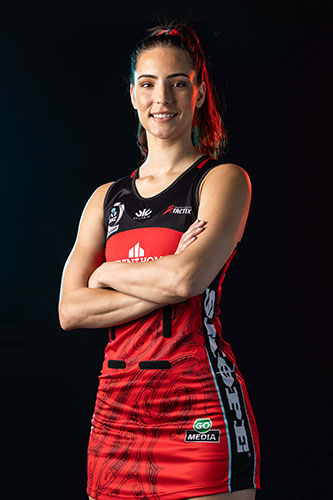 Continuing to forge a formidable reputation, rangy defender Karin Burger makes the switch to the Tactix in 2021 after four seasons with the Pulse. Since securing the Beko Netball League player of the year title in 2016 with Central Manawa, the South African-born Burger’s play has gone to new levels which in 2018 propelled her into the Silver Ferns squad and the Fast5 Netball World Series-winning FAST5 Ferns team. The tall and athletic Burger capped a meteoric rise as part of the triumphant 2019 Silver Ferns World Cup-winning team. Capable of covering all three defensive positions, Burger is quick, has a nose for the intercept and never takes a backward step. She won back-to-back ANZ Premiership titles with the Pulse in 2019 and 2020.