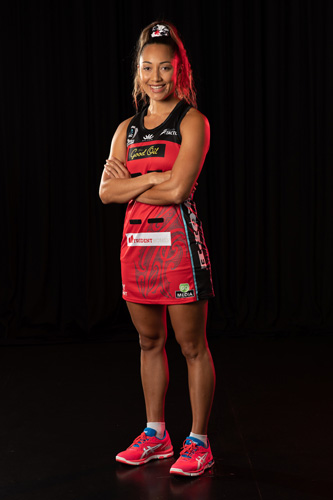 After finding her niche in the south, versatile midcourter Erikana Pedersen suffered a devastating blow in 2019 when hit with a season-ending knee injury in the first round. Restored to full fitness, Pedersen will line up for a sixth season with the Tactix in 2020 after moving from the Mystics in 2015. The talented playmaker has since developed into a key cog in the Tactix midcourt where she can cover all three positions. Pedersen is a former World Youth Cup winner with the 2013 NZU21 team and gained selection in the 2016, 2017, 2018 and 2019-20 Silver Ferns Development squads. The unassuming Pedersen enjoyed a stellar 2018, earning her Silver Ferns debut as an injury replacement during the Constellation Cup.