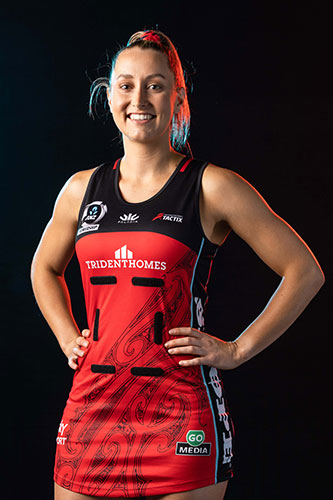 Hailing from the West Coast, midcourter Charlotte Elley is back for her fifth season with the Tactix in 2020. A member of the NZ Secondary Schools team in 2014, the talented midcourter has continued her progression through the ranks including her impact as vice-captain of the champion 2017 Netball World Youth cup-winning NZU21 team. A quiet achiever, Elley is able to switch seamlessly between centre and wing defence, and in particular, provided a strong influence for the Tactix from wing defence during their 2019 campaign, impressing with her skill levels, court coverage and ability to hunt intercept ball.