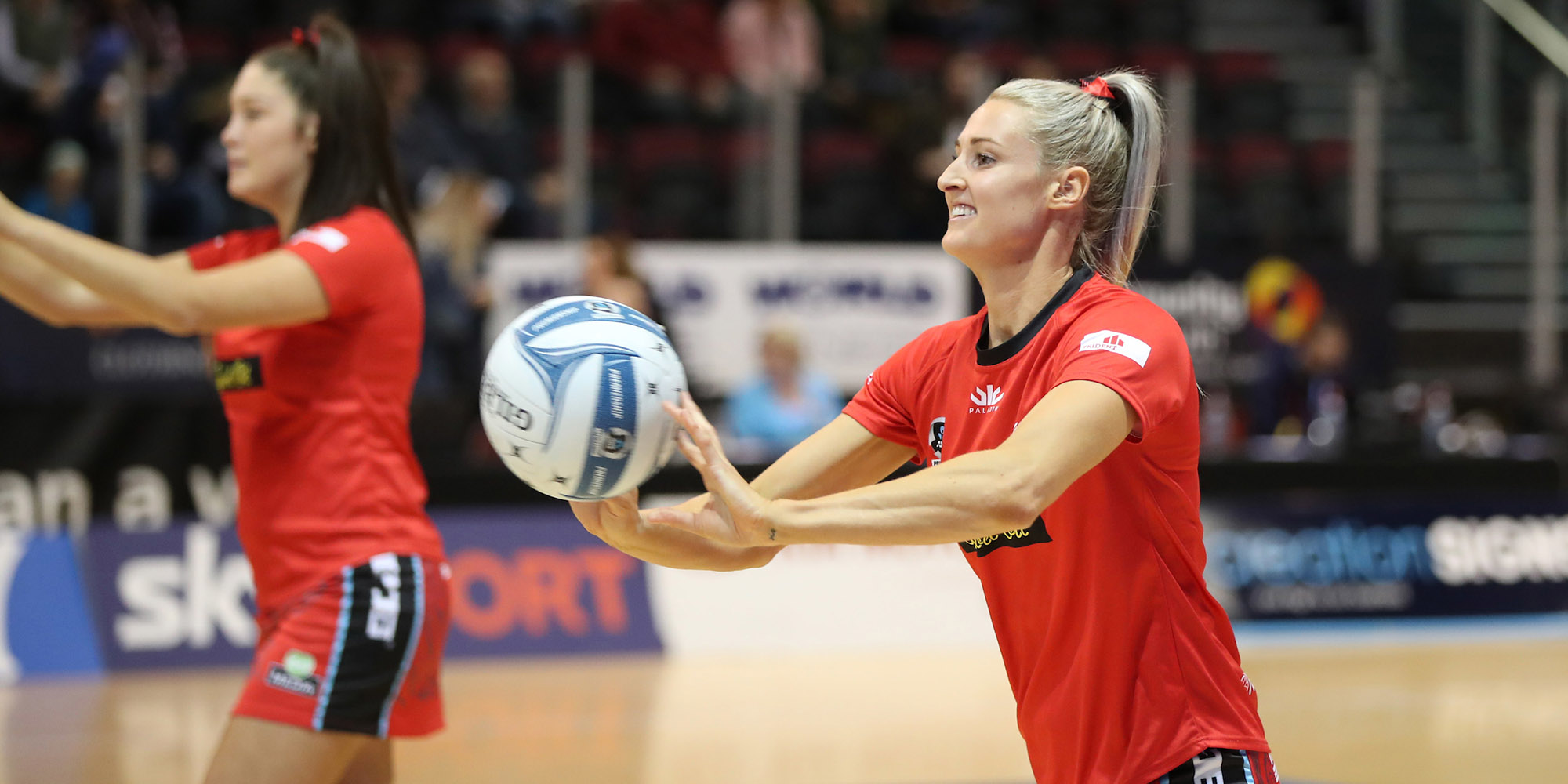 It was the “wake-up call” The Good Oil Tactix were not expecting but captain Jane Watson says her side is ready to bank the learnings from a tough ANZ Premiership opening round loss and make amends.

The Tactix suffered a hefty 18-goal defeat to the Steel in the opening round of the ANZ Premiership but have little time to dwell on the surprise loss, with the Stars waiting to meet them in Auckland on Sunday afternoon.

Watson said the team had returned to Christchurch keen to delve into what went wrong after what had been a promising build-up to their season.

“I don’t think it’s about a loss of confidence or hitting the panic button,” she said.  “I think we need to recognise that we can’t expect to go out there and for things to just happen.  Everyone has a job to do and we all have to do it.”

Little went right for the Tactix – scores locked at 11-11 at the quarter break, they were effectively dismantled in the second and fourth spells.

Watson believed they became “disconnected” as the match went on and they struggled to stick to their game plan.

“It felt a little like the (ANZ Premiership) final last year,” she said.  “It wasn’t great in the dressing room (afterwards), not great at all, but it was a big wake-up call that you just can’t expect to do well – you’ve got to put in the hard work.”

The Tactix returned to Christchurch on Monday and Watson said they’d had a “really good, honest debrief” and were looking forward to getting back out on court against the Stars.

“That’s the good thing about netball and the ANZ Premiership, you can have a bad week but you’re straight back into it and ready to do better,” she said.

“We’ll work hard this week, take a good long look at ourselves and we’ll be up for another tough match this weekend.”

Watson said despite the loss, the Tactix had still produced a number of good moments which they were keen to build on moving forward.

Karin Burger made an immediate impression in her first outing in the Tactix strip with three intercepts, three deflections and two rebounds while Kimiora Poi led the way up front with the most goal assists and feeds into the shooting circle.

“There were still a lot of good things that were done out there so we need to recognise those too,” Watson said.

It gets no easier for the Tactix this weekend however as they head to Pulman Arena in Auckland to play the Stars.

With firepower across the court, the Kiri Wills-coached side poses a real threat to the Tactix but Watson said they would be up for the challenge.

“We’ve played them in pre-season and it was a really tough game that ended in a draw so we know that this weekend’s going to be just as hard,” she said.