Tactix storm to biggest ever victory 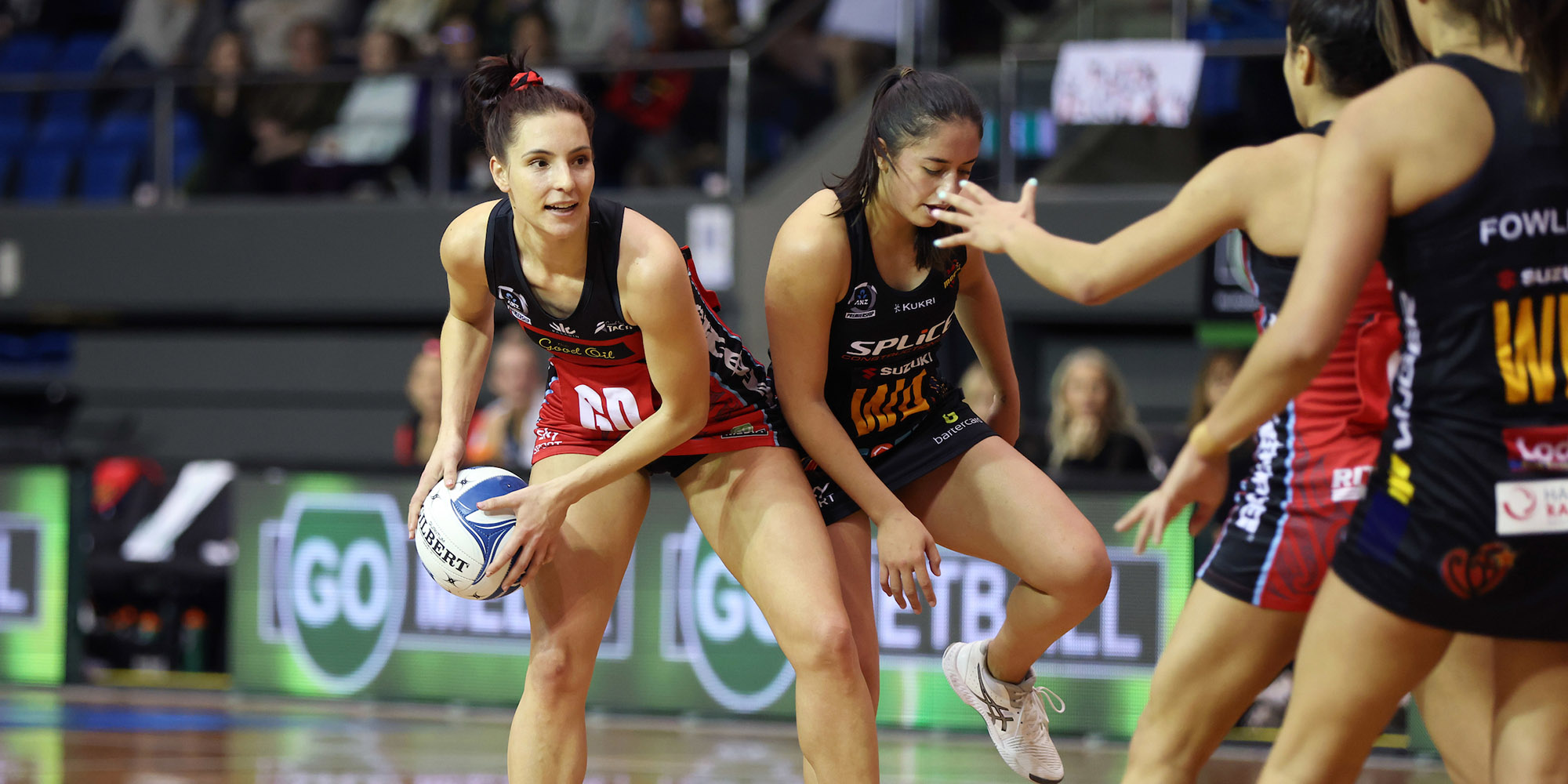 A colossal first quarter performance set up The Good Oil Tactix for a record-breaking 68-51 victory over the Magic in front of an appreciative Nelson crowd.

Rebounding from a loss the previous week at the same venue, the Tactix poured on the points in the first spell to lead 22-11 and their 17-goal winning margin was the largest in the franchise’s 14-year history (their previous best was 14 goal back in the 2009 ANZ Championship).

It was also their largest ever ANZ Premiership goal total.

The Magic’s connections finally clicked by the third quarter, which they won by two, and captain Sam Winders led by example through the 60 minutes.

But the Tactix picked up the pace again in the final phase with defence as powerful as their attack. Goal defence Karin Burger was the stand-out player of the match – snaffling six intercepts and eight deflections – and making life close to miserable for the Magic attack.

The Tactix completely dominated the first quarter, making barely an error on defence or attack.

With Ellie Bird back from her concussion stand-down, and Te Paea Selby-Rickit in super form, the Magic circle defenders - missing the long levers of Temalisi Fakahokotau – found it difficult to close the Tactix down.

On attack, the Magic also had problems, struggling to make their passes stick, under pressure from the Tactix defence right through court.

With Jane Watson and Burger surrounding Magic goal shoot Caitlin Bassett, goal attack Chiara Semple wasn’t afraid to turn to the hoop and shoot when she got the ball in her hands.

Erena Mikaere and Sam Winders hustled the Tactix attack, but with Selby-Rickit giving a masterclass in feeding Bird, there was little they could do to stop the Tactix scoring.

By the end of the first quarter, the Tactix’ 22 goals were the equal highest total by their franchise in an ANZ Premiership match. And as the Magic could only answer with 11, it didn’t bode well for the visitors.

It was a much more even second quarter, though, as the Magic defence stepped up and forced the Tactix to really work hard to supply their shooters, and markedly slowed down the rate of the Tactix’ accumulation.

They won some crucial ball on defence, but getting the ball into Bassett and new goal attack Khiarna Williams still proved a mission. Especially up against Burger, who was a repeated thorn in the Magic’s side, snaring five intercepts in the first half.

Having shot 28 from 35, Bird left the court just before halftime, with Kate Grant entering the game at goal attack. But by then, the Tactix were comfortably ahead, 35-22.

Bird was back for the start of the third quarter, with the Magic also making a change, bringing the energetic Georgie Edgecombe on at wing defence.

A run of three lifted the Magic’s spirits. But with Watson hunting for any slightly loose passes, and Samon Nathan and Kimiora Poi marshalling the midcourt, the Tactix ensured the difference in the scoreline remained in double figures.

Tactix coach Marianne Delaney-Hoshek decided to test her squad, introducing Erikana Pedersen and Sophia Fenwick to the game, and although the Magic won the quarter, 16-14, the 48-37 score at three quarter time was still comfortably in the Tactix’ hands.

And the ‘home’ side were determined to finish the way they began and quickly stretched out to a 15-goal advantage.

Bassett had managed to stand tall against the Tactix defensive barrage, shooting 32 from 33, until she landed awkwardly and had to leave the court with 10 minutes still left on the clock.

Auckland high school student Amelia Walmsley got another taste of the big time in the final minutes of the match, with Bird bowing out at 47 from 58; Selby-Rickit wrapping up another impressive performance with 19 from 23 attempts (83 percent).