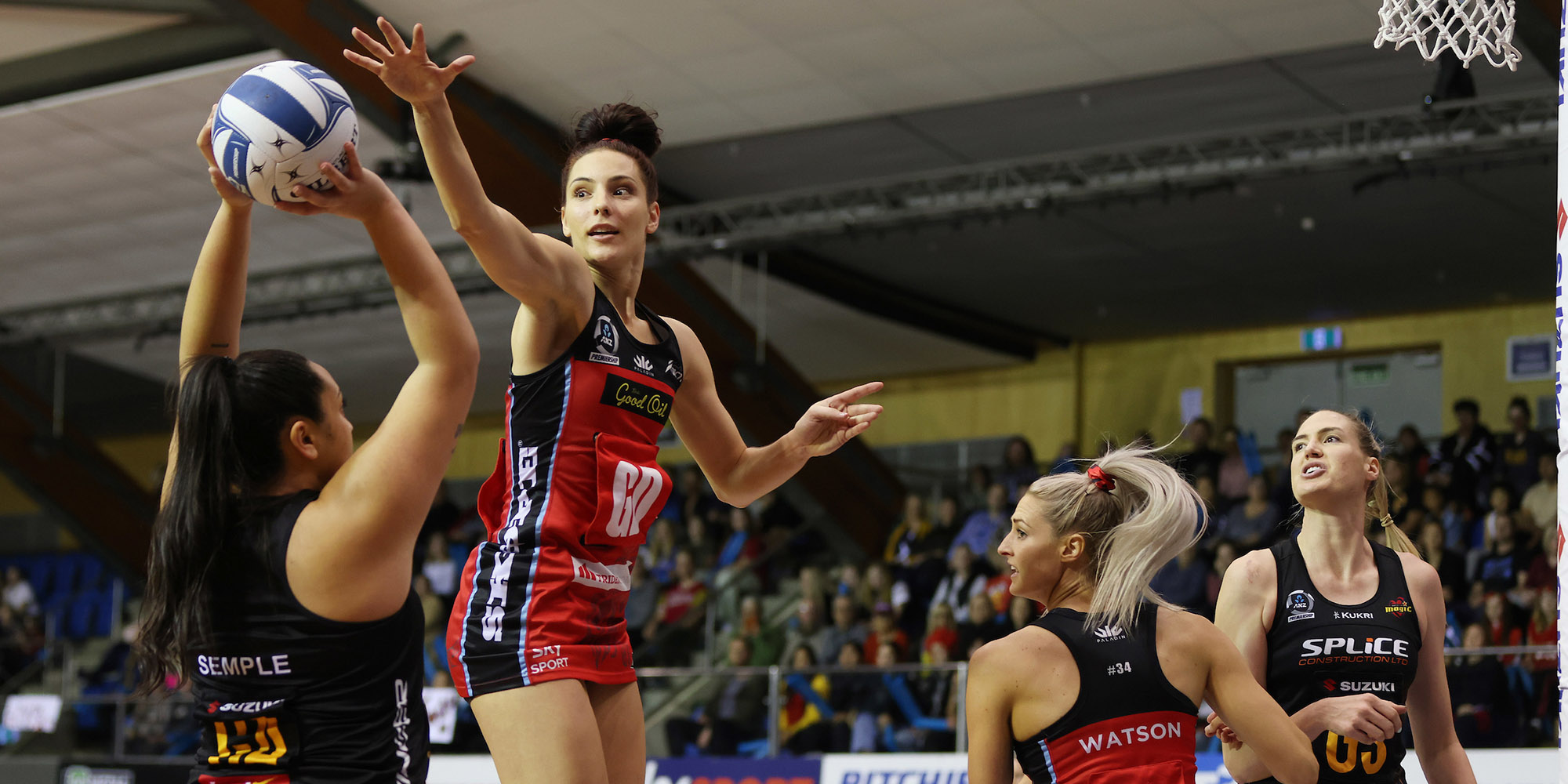 Complacency will not be an issue for The Good Oil Tactix according to defender Karin Burger, as the Mainlanders aim to maintain their winning momentum.

The Tactix successfully navigated a tricky ANZ Premiership period, playing three matches in eight days, but face another stern challenge when they head to Rotorua on Sunday to take on a Magic team which, despite out of Finals Series contention, can still have an impact on a congested ladder.

Burger said they would go into the Premiership’s penultimate round prepared to take on a team “with nothing to lose”.

“They can be hard games sometimes because they (Magic) have something to prove. But we have gone with that mentality of looking no further ahead than the game in front of us.  So we’re focusing on the Magic game and what we need to do to get that win.”

The Tactix have climbed in to second place on the ANZ Premiership points table with just two games to play before the Finals Series begin on August 1.

You can hear a serious edge to Burger when she talks about the progress the Tactix have made this season and the prospects of a place in the final.

“We’ve definitely had the belief in ourselves and we have that fight to get into the top three. But we’re not there yet and everyone is aware of that. There is that job still to be done.”

But there is also plenty of excitement in her voice as she describes the enjoyment she is finding in her netball now that the new defensive pairing with Jane Watson has bedded in.

“It’s taken a lot of work because we are both very reactive players,” Burger said.

“I think we were both used to playing with a defender who was more structured, and we both play on instinct.  But now we’ve got that understanding of each other’s movement and what we need to do.  Those invisible threads are definitely there.”

At the start of the season there was plenty of chat on court between the two as they looked to establish those threads but it was more “micro-conversations” now and there was even time for the odd high-five during their latest performance.

The duo – which has helped the Tactix produce the best defensive record in the league to date – grabbed a whopping 22 gains in the 13-goal win over the Stars last week despite Burger admitting to feeling a few “butterflies” leading into the important Premiership match.

“I’m not usually nervous before a game but I think I definitely had a couple of butterflies in my stomach. But I’m really enjoying my netball at the moment so that anxious feeling is a mix of excitement too.”

Three wins in eight days has given the Tactix a winning momentum at the right time of the season but Burger said they were still aiming to make improvements.

“We definitely haven’t produced the perfect performance yet but I think it’s been really encouraging what we’ve been putting out there,” she said.

“We really want this.”