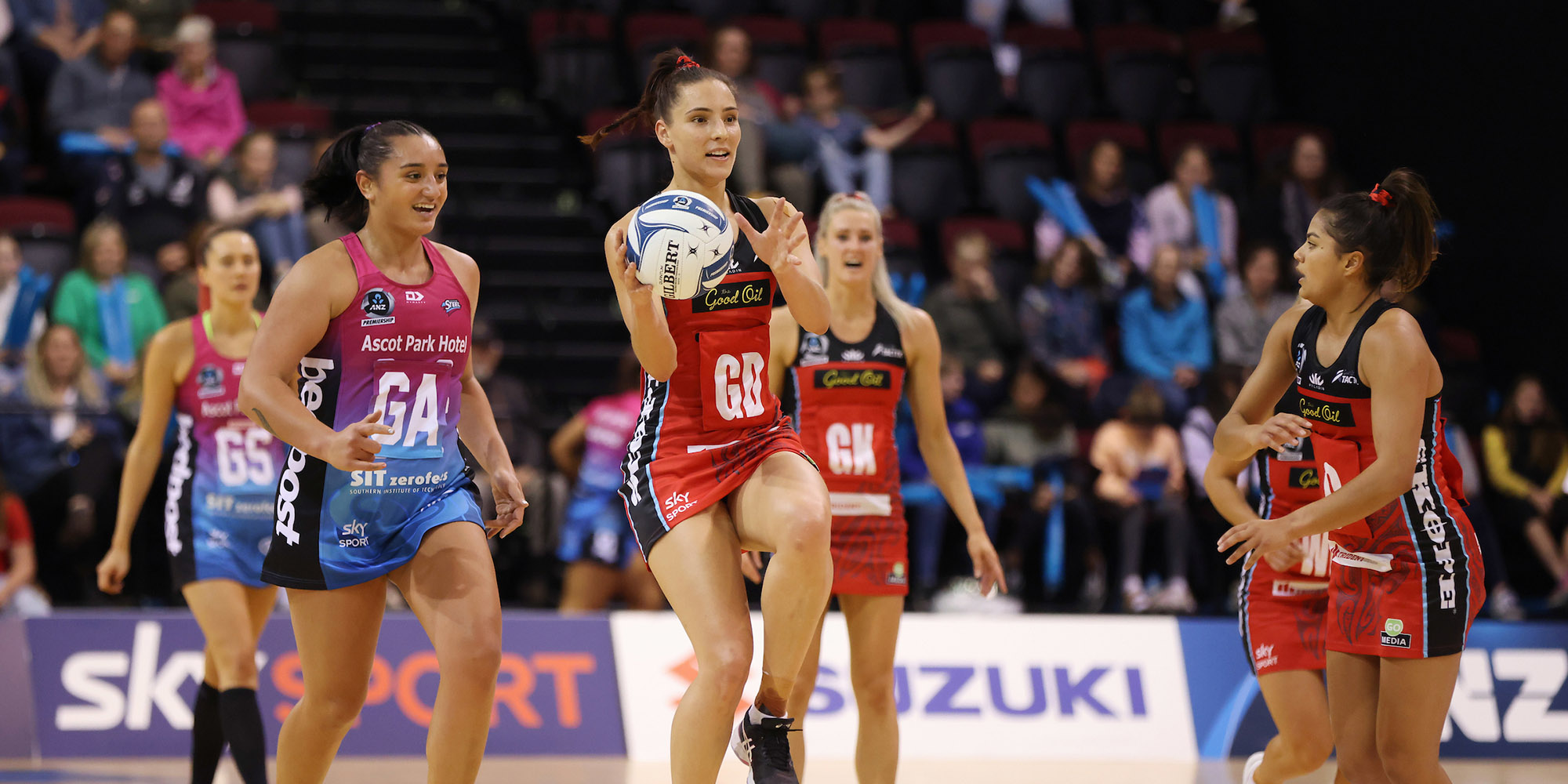 The Good Oil Tactix captain Jane Watson says her side needs to push on despite a disappointing defeat in their opening ANZ Premiership match against the Southern Steel.

Pundits had the Tactix as strong favourites for the Round 1 match at ILT Stadium Southland in Invercargill, but it was a hungry hometown team which set the bar, dominating in all areas, for a 54-36 victory on Sunday night.

Watson believed her side was “flat” for the entire game and outplayed by a deserved Steel team.  They would now need to re-group at training ahead of their Round 2 match against the Stars in Auckland next week.

“We’ve actually been training really well and things have been going great,” she said.  “We just need to keep doing what we’re doing and it will eventually come.”

Watson said the loss of goal attack Te Paea Selby-Rickit had been a disruption but they were working hard with shooters Jess Prosser and Hannah Glen.

“We’ve got some great shooters in there and some youth coming through.”

The Steel looked hungry from the opening whistles against the Steel and looked to have the more polished combinations as they showed plenty of desire and passion for the win.

They made the early break to jump to a 6-3 lead before the Tactix, thanks to the defensive presence of Karin Burger, clawed their way back to level the scores 11-11 by the quarter break.

But from there the match belonged to the Steel with English import George Fisher and fellow new recruit, Tiana Metuarau, showing just how potent their combination will be over time.

Despite having only made their introductions just weeks before the start of the ANZ Premiership, the duo looked assured playing with speed, flair and accuracy.

Metuarau, who moved south for more game time in the goal attack bib, played a strong feeding role while Fisher picked up the heavy shooting load, landing 46 of her 49 attempts at goal.

Their confidence was infectious as the Steel went from strength to strength, feeding off the Tactix’ errors and a run of six goals giving them a comfortable 25-19 advantage going into the main break.

The Tactix defensive unit, featuring Watson and Burger, won enough ball but nothing went right for the visitors up front as the loss of injured goal attack Te Paea Selby-Rickit, who is nursing an ankle injury suffered during pre-season, could prove telling over the next few weeks.

Their static shooting circle and limited options made it easy pickings for Steel defenders Taneisha Fifita and Te Huinga Reo Selby-Rickit who were quick to any loose ball.

The Steel’s midcourt trio of Shannon Saunders, Kate Heffernan and Renee Savai’inaea also worked well as a unit showing patience and disrupting any flow the Tactix tried to muster.

Saunders, in her new role of captain, led from the front with her sharp eye, pass and drive helping to put the Steel in the box seat.

With a commanding lead in the third spell, Bloxham turned to her bench shifting Saunders to centre and giving Ali Wilshier her Steel debut at wing attack.

Tactix coach Marianne Delaney-Hoshek also looked to her bench in a bid to stem the Steel run of goals with Burger moving to the wing, Sophia Fenwick coming on at goal defence and Jess Prosser returning to the court in place of Hannah Glen.

But the turnovers kept coming, 26 in total, in an area the Tactix will need to address before their road trip to Auckland to play the Stars.