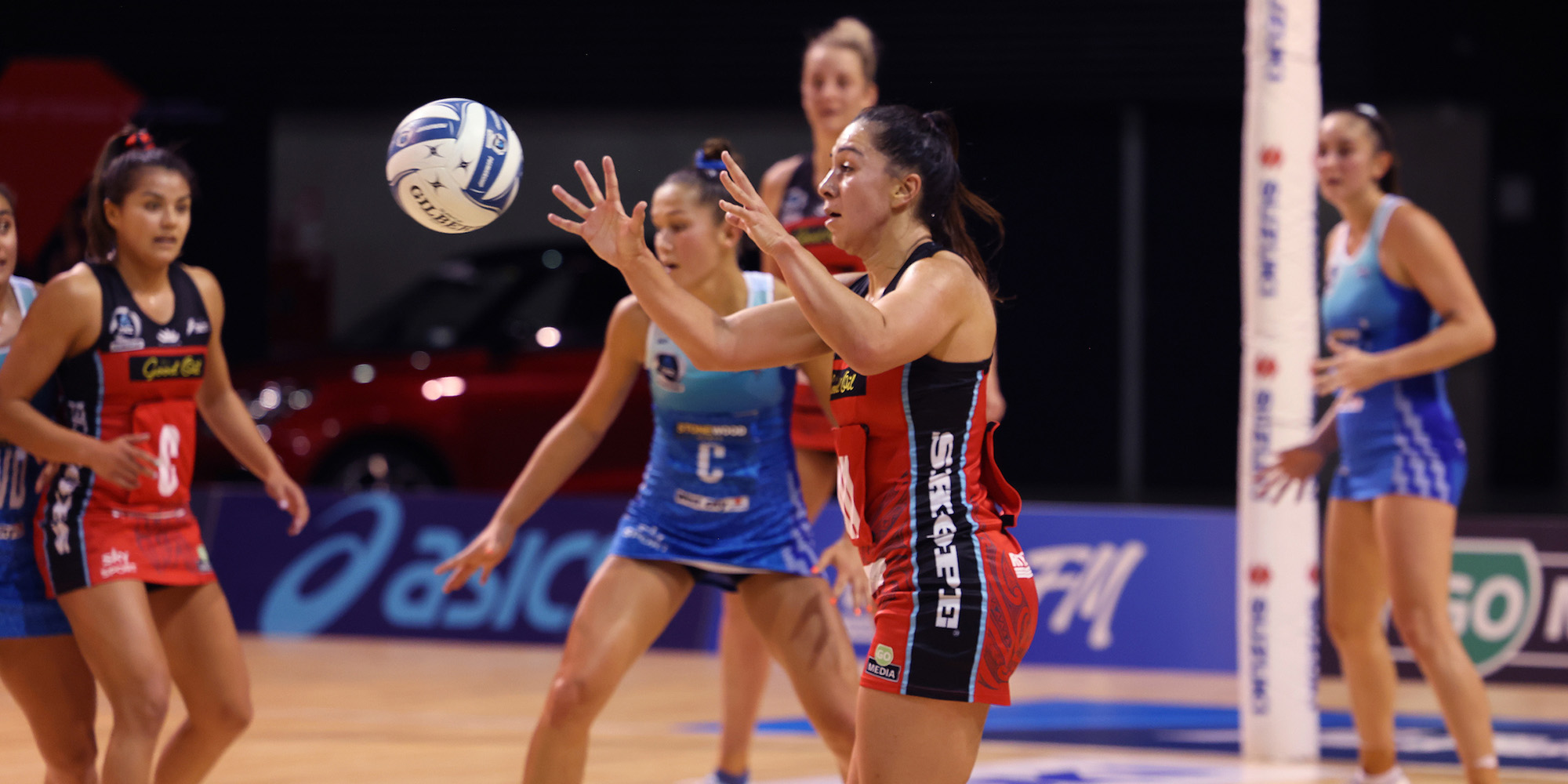 In a position she had never played in, for a team she never expected to hear from, Samon Nathan has made The Good Oil Tactix her side with wing attack her favoured position and Christchurch her home.

Now she wants to add one more thing – an ANZ Premiership title.

That journey continues in Invercargill on Monday night when she and her Tactix team-mates take on the Steel with both teams in the middle of a congested league ladder.

“We’ve been improving with every outing so that’s what it’s about for us whenever we step on court,” the Tactix midcourter said.

Nathan has been living that mantra since making the move south in 2019 when called in as injury cover for wing attack Erikana Pedersen, improving with each outing in what has been an unfamiliar role for her.

The 28-year-old recalls when coach Marianne Delaney-Hoshek asked her to join the Tactix family following Pedersen’s injury in the opening round.

“I remember getting the phone call from Marianne asking me to come down, but it was to play at wing attack and I’d never played there,” she said.

Delaney-Hoshek had seen enough in Nathan to know she had the goods to switch to the attacking role having mostly filled the wing defence and centre bibs for the Northern Mystics and then the Northern Marvels in the old Beko Netball League.

“Samon had the vision there already and she had nice feeding skills because she had played centre. I thought she looked explosive and she looked like someone you could work with.

“In that first year we did just some real basics like the good old L step off the line and just built on it year by year.”

Nathan felt the knowledge within the Tactix family made it an easy transition in to wing attack.

“I think I’ve had so much specialised help down here for that role,” she said.

“Erikana is someone who reads the game so well and has passed on so much.  Then there’s Mits (Delaney-Hoshek) and Jules (Seymour) who have that real expertise.”

Three years on and the position is now Nathan’s preferred one.

Delaney-Hoshek has seen plenty of growth in the midcourter’s performances – more care with the ball in hand and the ability to change up her game on court.

“Samon’s actually a really smart tactician of the game, she’s very clever. It’s been really cool watching her grow in that role on attack.”

It wasn’t just tackling a new position that Nathan has embraced since shifting to the Tactix, taking the opportunity to step out of her comfort zone and away from her family.

She has made the most of her time at her Christchurch base taking any opportunity to explore the area in between her netball commitments – Lake Brunner, the West Coast and Hanmer Springs her latest destinations.

She returns to her home city of Auckland during the off-season and believes she now has the best of both worlds with a “home” in both islands.

“I actually find it quite refreshing. I’ll come down here for the netball season and I miss home, but when I go home I find I miss Christchurch.

“It’s like I’ve got family in two special places so I feel pretty fortunate with where netball has taken me.”