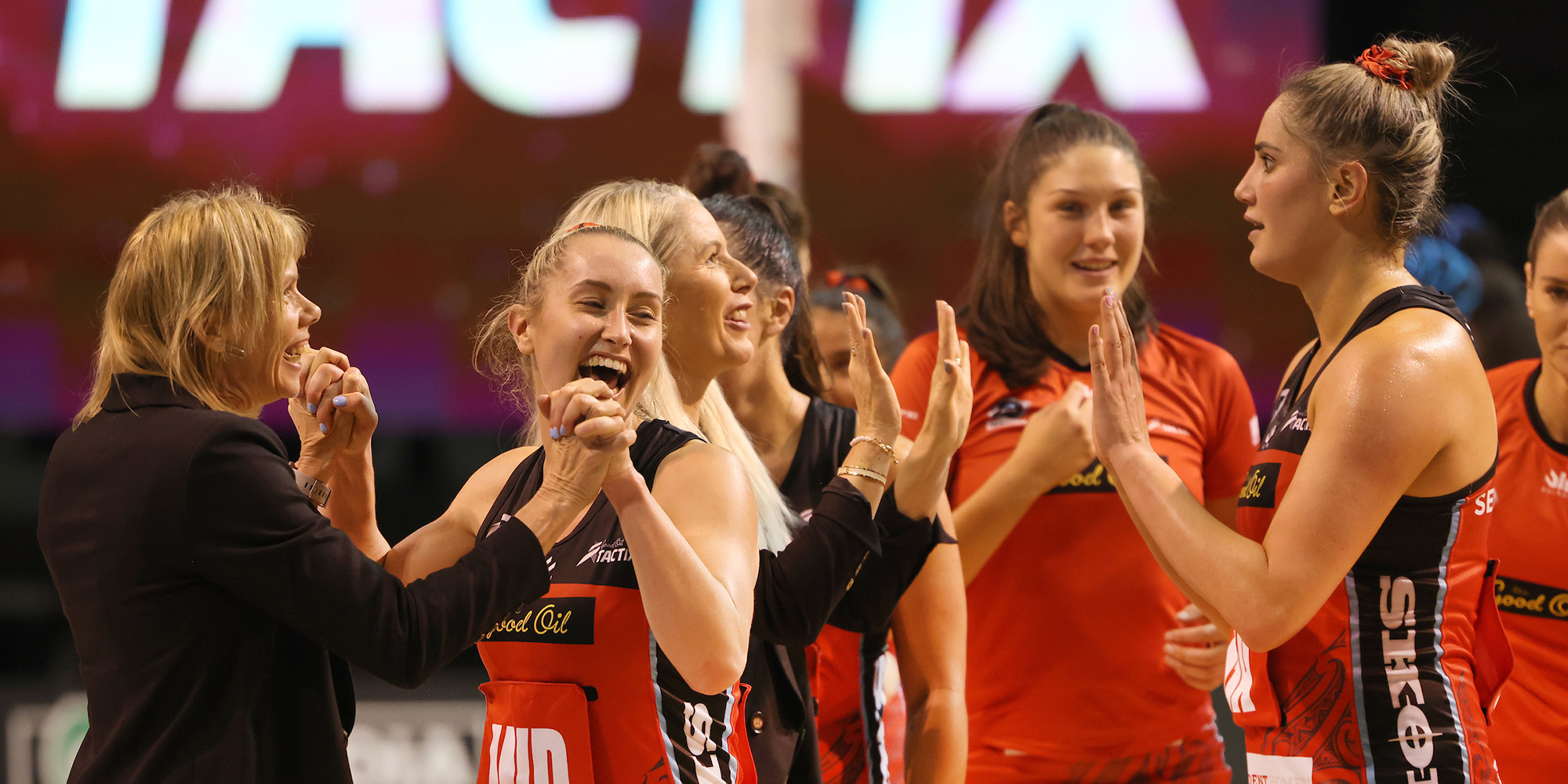 Crucial ANZ Premiership points are up for grabs in Nelson on Monday where The Good Oil Tactix are hoping to make a move on the competition ladder.

They head to Trafalgar Centre in Nelson for their Round 9 game against the Steel where the fight for Premiership points ramps up with only a handful of points separating the top teams.

Head coach Marianne Delaney-Hoshek said they were looking forward to heading back to Nelson for the first time since 2019 and playing in front of some of their northern most fans from the Mainland region.

“Trafalgar Centre is quite an intimate setting for our fans because they’re pretty close to all the action,” Delaney-Hoshek said.

“We’ve had such good support for our home matches this season and it would be great to have that backing in Nelson where we are expecting a really good game against the Steel.”

The Tactix – who are in fourth spot on the ladder and just five points shy of competition leaders the Stars – recorded the biggest crowd at a Premiership match so far this season with 3,600 fans turning out in Christchurch for the win over the Pulse in Round 8.

Now they will be aiming to break this season’s deadlock with their southern neighbours after turning around an 18-goal season-opening defeat into a 10-goal victory over the Steel in Round 6 with both games being played in Invercargill.

They are back on home turf in what will be the Tactix’ fourth ANZ Premiership match to be played in Nelson – the last time they played at Trafalgar Centre was in 2019 which resulted in a win over Mystics.

Delaney-Hoshek said she was pleased with how the Tactix were tracking in the tight competition despite watching a 10-goal lead slip against the Pulse last week, holding on for the win but allowing their opponent a valuable bonus point.

“It’s been a really tight ANZ Premiership and for us I think it’s more about if we do make an error, what processes do we use, what’s our go to,” she said.

“It’s knowing when to play the short game and doing the basics really well.”

The Tactix’ next two home games will be played at Trafalgar Centre in Nelson, taking on the Steel on Monday night before hosting the Magic on 21 June.