Strong connections in 2022 Tactix side 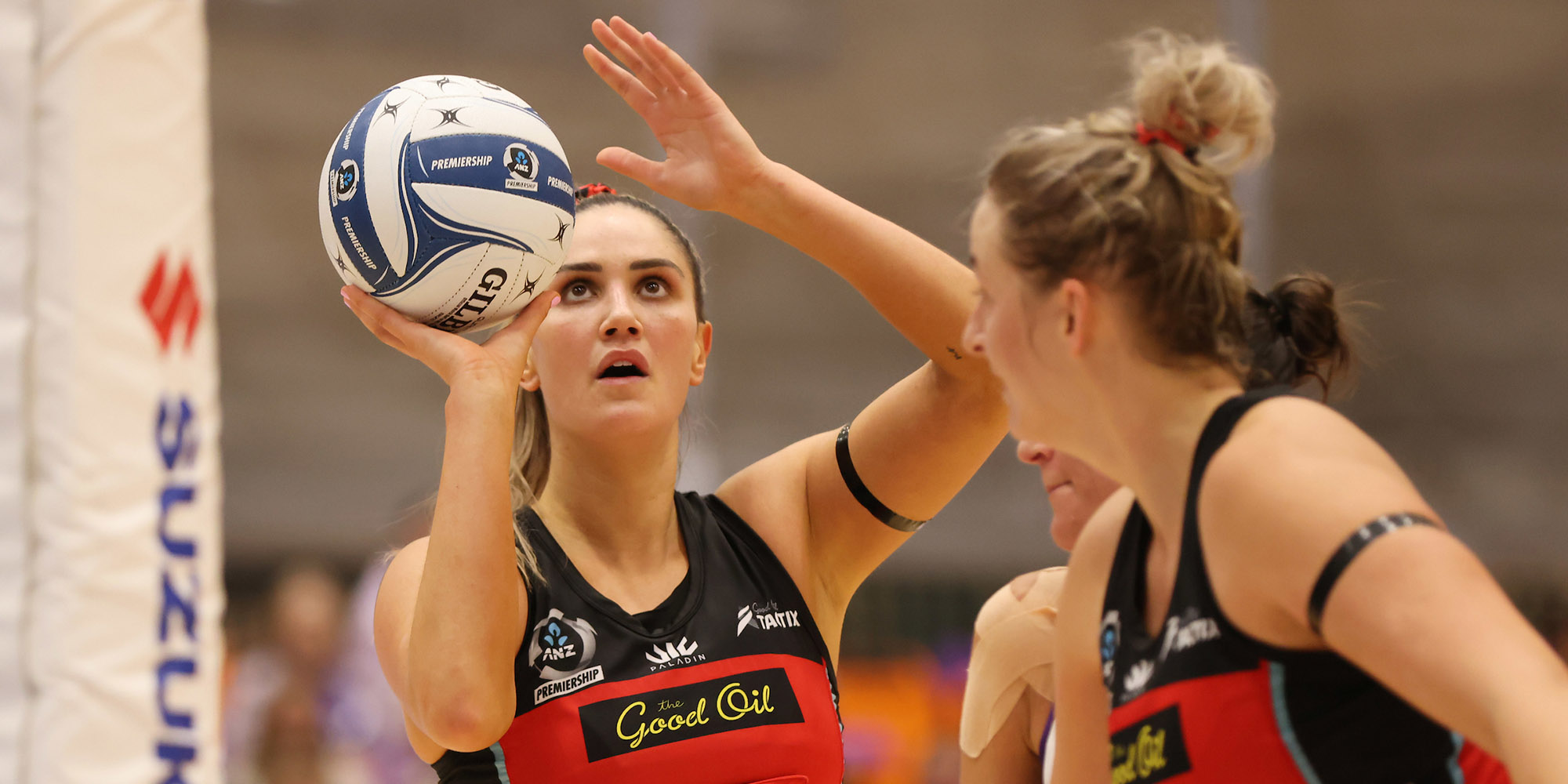 The strength in established connections will help raise the bar yet again for The Good Oil Tactix with the core of this year’s ANZ Premiership grand finalists returning to the red-and-black strip.

Three newcomers have also been included for the 2022 ANZ Premiership with home grown talent Hannah Glen and Kate Lloyd joining the shooting circle and defensive end respectively, while Fijian-born defender Kelera Nawai-Caucau – who has strong links to the region – heads south after a year with the Central Pulse.

The trio join the Tactix core which reached their second straight Premiership final this year including the outstanding defensive combination of captain Jane Watson and Karin Burger.

Charlotte Elley, Kimiora Poi and Samon Nathan return to the midcourt while Te Paea Selby-Rickit and Ellie Bird will team up for their third season together in the shooting circle.

Tactix head coach Marianne Delaney-Hoshek said she was excited to have the core of this year’s finalists back after such a strong second half of the season.

“Our combinations are continuing to develop and to have those same connections back for 2022 will help us raise that performance bar yet again,” she said.

“Christchurch is home to many of our team and they have those strong connections with our community. Our on-court connections have been stable for a while now, which is a real positive, so it’s about making little tweaks in different areas.”

She said it had been pleasing to see players like Samon Nathan take the step up this season in the wing attack role and the changes implemented on attack.

“Samon really took that opportunity with both hands and we saw the growth in her game.  We had our best attacking stats in the (ANZ Premiership) Grand Final and it’s been great to see the development in that end.

“Our defensive combinations went from strength to strength this season and it’s exciting to have a multiple of options with the inclusion of Kelera and Kate.”

Delaney-Hoshek said she was looking forward to working with both Lloyd and Glen, who had been regular training partners with the Tactix this season, while she was keen to see what Nawai-Caucau could add to their defensive mix.

“It’s been really important to work with and give opportunities to players from our Mainland region and it’s also about looking towards the future with these signings,” she said.

Nawai-Caucau, who has an impressive reach and strong rebounding presence, was born in Fiji but came to St Andrews College in Christchurch on a scholarship in 2014 and has been involved in netball in Canterbury for a number of years.  She was a member of the 2017 Mainland Beko team and was also a training partner for the Tactix the same year.

Glen was a training partner for the Tactix this year, is a member of the New Zealand U21 team and impressed during last year’s Silver Ferns camp while Lloyd, who has made ANZ Premiership appearances for the Tactix (2019) and Magic (2018), also trained with the team this season and performed strongly for the Mainland team in this year’s National Netball League.

Delaney-Hoshek paid tribute to veteran midcourter Erikana Pedersen, who has decided to step back from the elite game at this time, and also thanked Sophia Fenwick and Jess Prosser for their hard work this season.

Tactix General Manager Haidee Stratford also welcomed Nawai-Caucau into the Tactix family and was pleased to see the homegrown talent of both Glen and Lloyd given an opportunity at the elite level.

“We’re thrilled to be able to retain the core of this year’s group which I think speaks volumes of the culture that Marianne has developed in recent years,” she said.

“Team culture is a really important part of performance and I think that showed with us reaching a second straight ANZ Premiership final this season.”