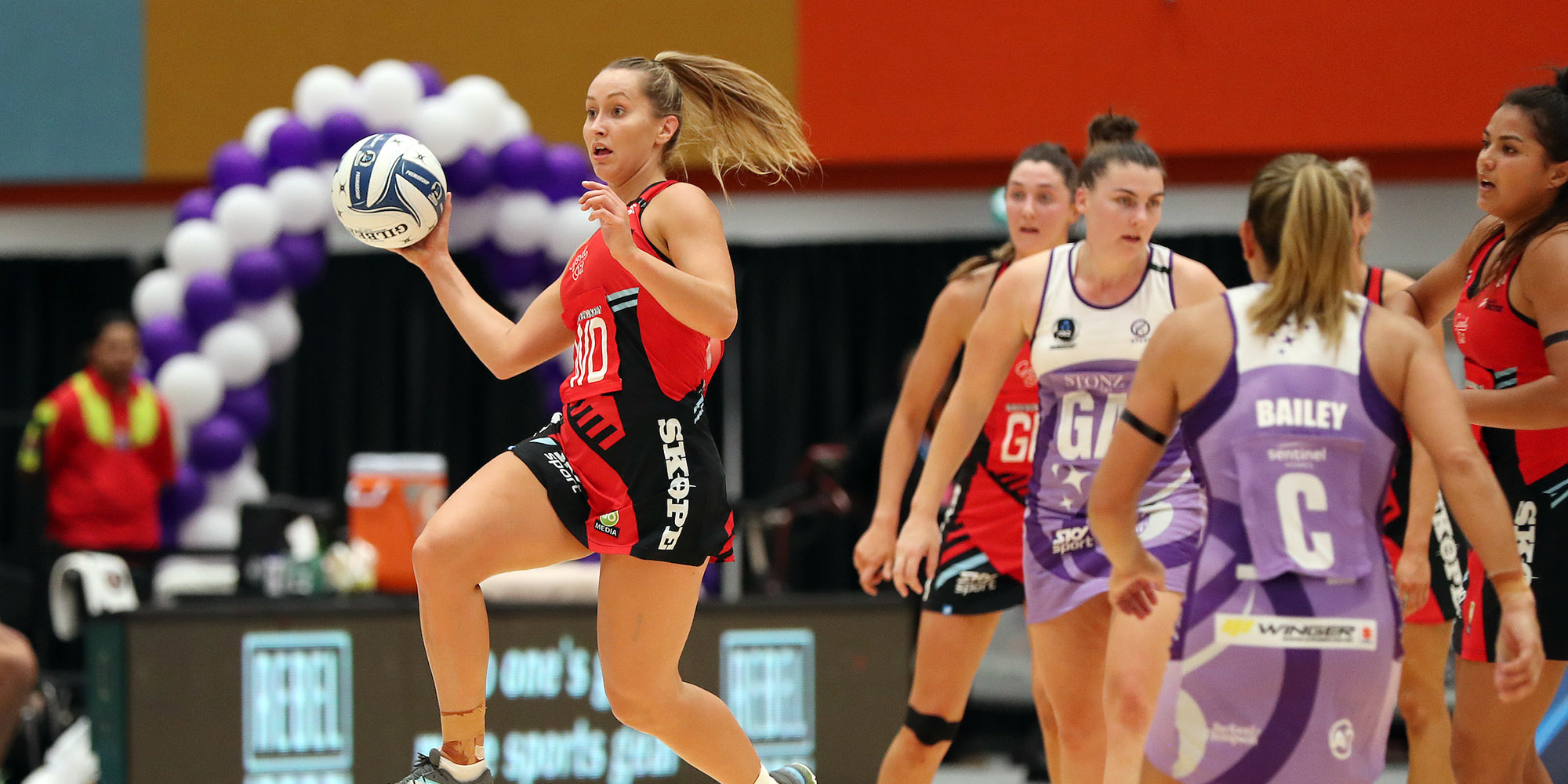 At home or on the road, The Good Oil Tactix wing defence Charlotte Elley sticks to the same game-day routine – something she has refined during her six seasons in the red-and-black strip.

Elley and her Tactix team-mates have had to tinker with their schedule over the last two weeks due to the raised COVID-19 Alert Level in Wellington forcing their Round 11 game against the Pulse to be postponed until 9 July.

The rescheduled game adds some congestion to their timetable at a tense time in the Premiership with the race for a top-three spot still tight between the Tactix, Steel and Pulse.

But Elley said they had stuck to their regular schedule as much as possible including playing the Canterbury Men’s team last week and they had also taken the “positives” from the enforced break.

“It’s been quite refreshing. Some of the girls have been able to go home, we’ve been able to reset again so it’s kind of like a mid-season break,” she said.

“We’re a pretty adaptable group – that’s obviously been a thing in the past and something we know is a strength of ours.”

Despite the disruptions, her game-day routine will remain the same when they return to Trafalgar Centre in Nelson for Sunday’s game against the Pulse in what is a key match with just five games left in their regular season.

“I think it’s really important to stick to that routine even if circumstances around you change a bit,” she said.

A team breakfast together is followed by a walk through at the stadium before some individual down time.  hen the focus turns to the game and the final build-up.

It has been a similar routine since she made her Tactix debut in 2016 although the midcourter admits to one big change to her game-day prep.

“When I was at Uni I used to be a napper and go for the day-time nap, but now I actually quite like to grab the lap-top and do a few hours work. It’s really something I use to take my mind of the netball for a bit.”

Elley, who works as a sales and marketing co-ordinator for ANZCO Foods, said it was a long season and being able to “switch off” at times was important to keeping a healthy balance.

There will however be no trouble switching on for what is a crunch ANZ Premiership match against the Pulse with the congested league ladder adding to a tense few rounds.

Elley said the Tactix’ focus would be on building from their “great starts” they had shown in recent weeks.

“I think we had our first full performance last week (against the Magic) and both attack and defence were going well. If we can reproduce that standard of play it would be awesome.

“We’re expecting the Pulse to come out strong so we just need to focus on our game and how we can get better.”

With their sights set on a play-off position and just seven points separating  the teams ranked three to five on the Premiership ladder, the 25-year-old said the Tactix would be taking a “finals mentality” into the rest of their games.

“It’s a must win for us.  We need three points out of every game and we don’t want to give away any bonus points either.”

Elley, who hails from the West Coast, is in her sixth season with the Tactix and enjoying, just as much now as when she debuted in the trans-Tasman league, the challenges she faces on court each week.

In recent rounds that has included coming up against world champion Silver Ferns Gina Crampton, Shannon Saunders and on Sunday night she is likely to match-up against Pulse speedster Whitney Souness.

“Whit is super speedy but I’ll just be trying to play smart and keep a step ahead of where she wants to be.”

The Good Oil Tactix takes on the Te Wānanga o Raukawa Pulse at Trafalgar Centre in Nelson on Sunday at 6.15pm.