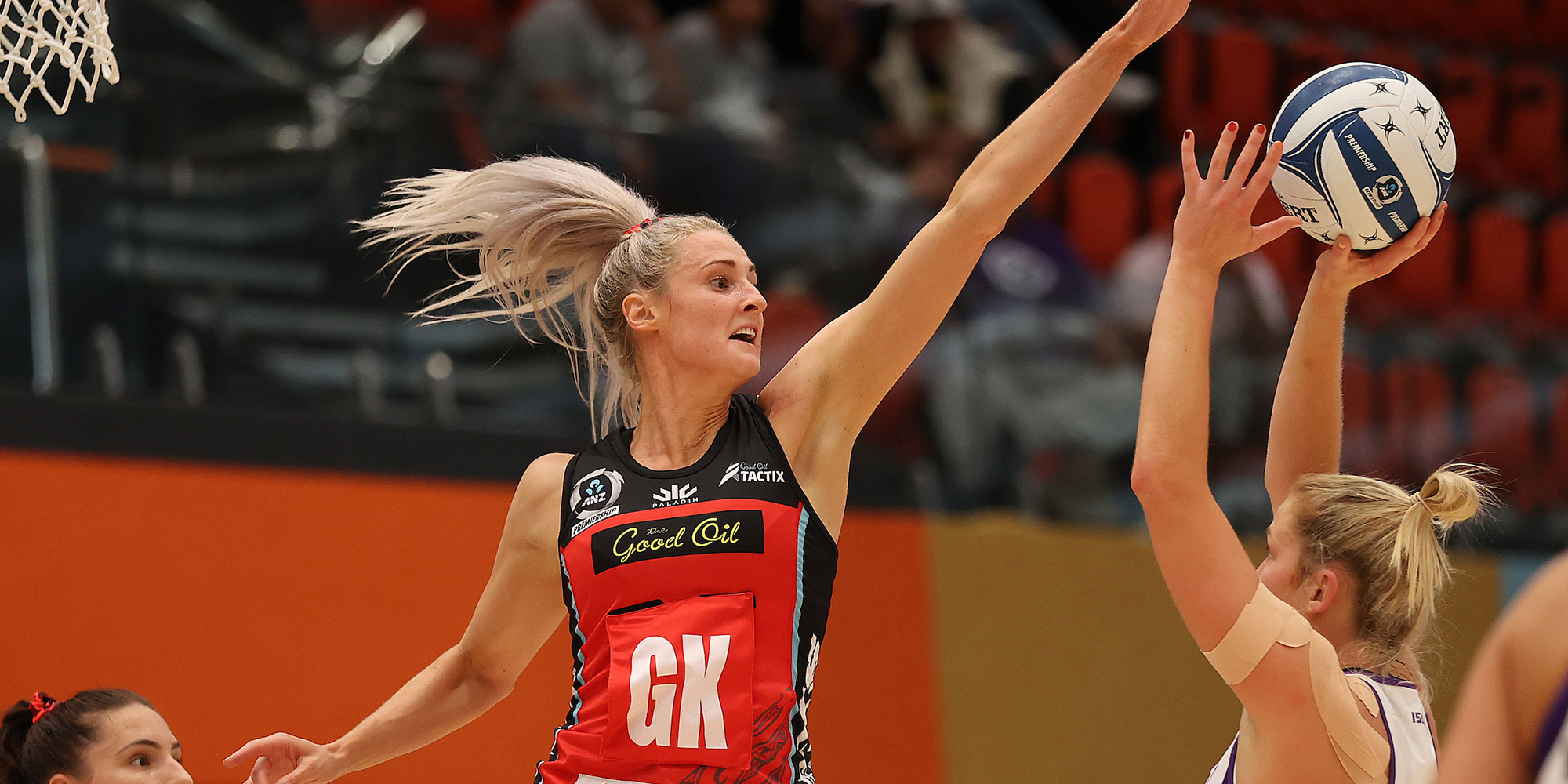 The Good Oil Tactix continue to miss influential goal attack Te Paea Selby-Rickit as the red-and-black side remain winless with a second straight defeat in the ANZ Premiership.

The 43-57 loss to the Stars at Pulman Arena in Auckland on Sunday was the second loss in their current campaign and Tactix captain Jane Watson admits they are missing the experience of Selby-Rickit, who is sidelined through injury, up front.

“She brings something different in herself,” Watson said.  “She’s got a lot of experience and leadership down that end, so we are missing that for sure.

“But once again we’ve still got players who can step up and people who are around that need to look after each other a little bit more.”

The Tactix were in the hunt at halftime, trailing by just three goals, and Watson said while it was an improved performance, there was still plenty to work on.

“There’s still little things we need to work on like treasuring our own ball, making sure we’ve got two options and working out where we can get more ball,” she said.

The Stars grounded out a tight first half in the Anzac Day outing before bursting away in the second half, the Tactix unable to stay with the pace as the home side romped home in style with a strong second 30 minutes.

The Stars attack line found their feet in in the second half while getting all their squad on court during the match, captain Maia Wilson being the main beneficiary with a rewarding day under the hoop after producing a fine return of 40 goals from 45 attempts.

The Tactix have plenty to reflect on after losing their way in the second half, too many turnovers halting their flow as they remain winless in the current campaign.

With Selby-Rickit remaining side-lined with injury, the tall figure of Jess Prosser got the nod in the starting seven for the Tactix, the Stars retaining their productive starting line-up of the first-round win.

The visitors were out of the blocks quickly before the Stars negated the Tactix early advantage during a fast-paced and actioned-filled opening stanza.

While the ball whistled in seamlessly into the sure hands of Wilson, the Tactix needed multiple phases and plenty of patience to get their possession circle-bound but it paid off handsomely as they remained in close contact.

Defensively, Elle Temu, for the Stars, and Karin Burger at the opposite end, were influential figures in picking off turnover ball as the home edged to a tight 13-11 lead at the first break.

The Tactix levelled up soon after the resumption, a goal-for-goal arm-wrestle ensuing before a heavy fall forced key shooter Ellie Bird to leave the court temporarily. The Stars took advantage of the disruption to push out to a four-goal lead.

But the visitors continued to scrap effectively, the dynamic defensive combination of Burger and Jane Watson helping the Tactix remain well in contention. Restored to full health, Bird returned to the court, the Stars hanging on in a frantic clash to consolidate a 23-20 lead at the main break.

In the third stanza, the Stars defensive end helped shut down the Tactix offensive play as the home team pushed out their lead.

However, the individual exploits of Burger almost single-handedly kept the visitors in the race with her ability to create turnover opportunities.

The Stars responded in kind, finding their rhythm on attack with quick transitional play while Jamie Hume found her accuracy under the hoop to elevate the home team to a handy 39-31 lead at the last break.