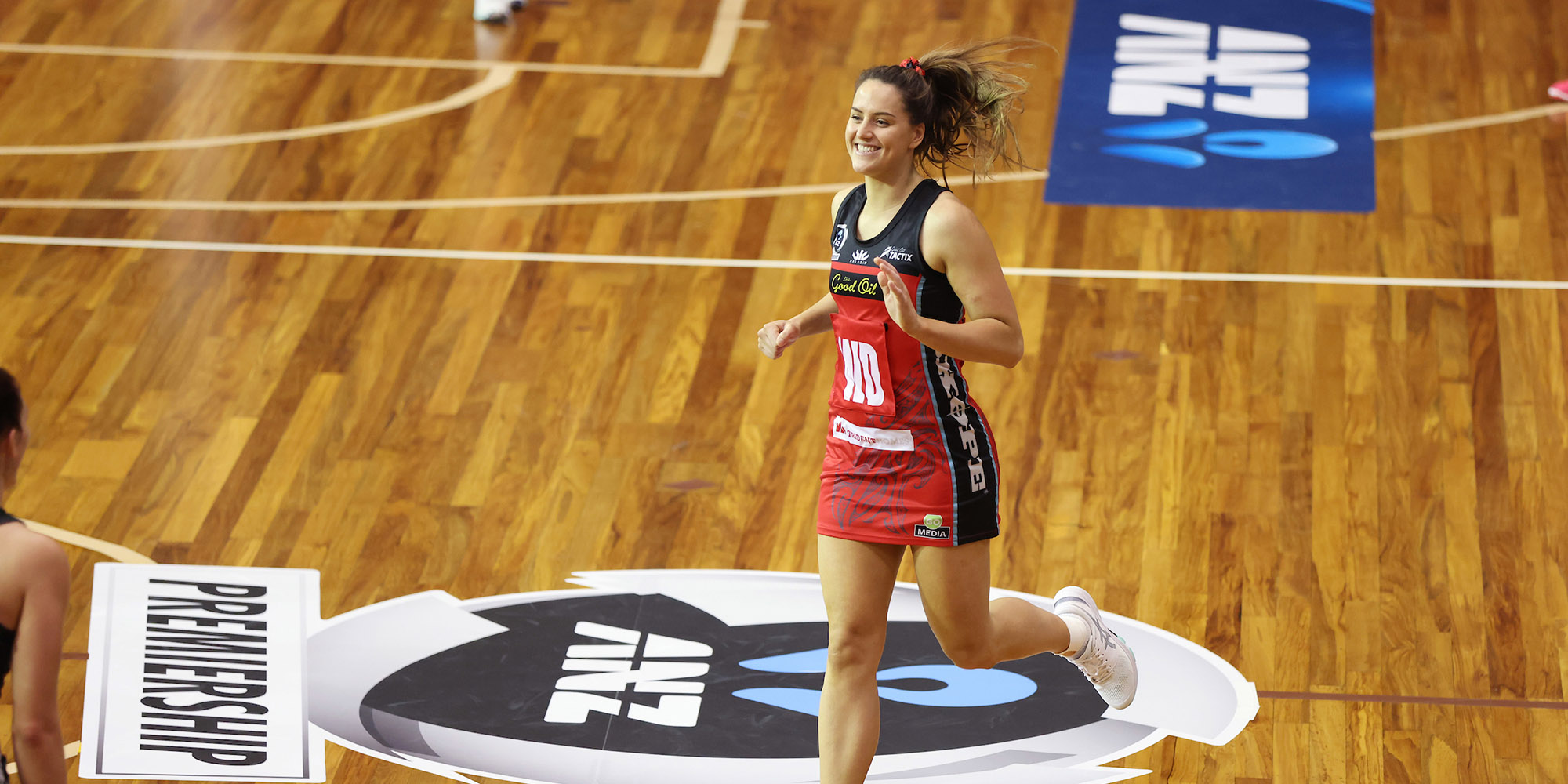 The Good Oil Tactix defender Sophia Fenwick hopes the milestones keep coming over the next few weeks as the Mainlanders brace for the business end of the season.

Fenwick celebrated a special milestone last week when she ran on court against the Magic for what was her 50th national league game and would love to see the Tactix mark another special moment with a second straight appearance in an ANZ Premiership Grand Final.

“We’re certainly not looking any further ahead than this week’s last round robin game but another final would be pretty amazing,” she said.

The Tactix suit up against the Northern Mystics on Sunday where a sell-out crowd is expected for the Premiership’s Community Round at Christchurch Arena.

It is the last game of the regular season and a win over the table-topping Mystics could be enough to clinch the Elimination Final against the Steel a week later, where the southern derby would decide which team heads through to the Grand Final on August 8.

Fenwick said the chance to extend their season at home was exciting and playing in front of a full house of Tactix supporters had been a highlight this year.

“I don’t think people realise the difference it makes,” she said.  “We’ve got an arena here now that other teams don’t like coming to play at because we pack it out in red-and-black and it’s our fans.  It’s our eighth player.”

Even through the tough times, Fenwick believes there has been strong support for the Tactix which makes this weekend – when they recognise the netball community – even more important.

“It’s our chance to say thank you for all of that work behind the scenes.”

Since starting her career at the elite level, back in 2011, the 28-year-old has seen a change in fortunes for the side and is proud of just how far the Tactix have come.

“I think the Tactix has always had good people and players but now the expectation is different,” she said.  “There is a demand to lift the bar every time.  That’s come from a change in management with Mits (Marianne) and Jane (Watson) who has that expectation.  The minimum bar is raised higher and higher.”

Having gone through the netball ranks and played for the Canterbury NPC team as a 15-year-old, Fenwick gained her first contract for the Southern Steel in 2011 as a shooter.

She then spent three years with the Tactix family before returning to the Deep South for another year in 2015.

But the following year her netball career took a major shift as she missed out on a contract and made yet another move – this time to the other end of the netball court.

Fenwick said “inconsistent shooting” prompted her to re-evaluate her playing position and a chat with Tactix coach Marianne Delaney-Hoshek cemented a shift to the defensive end.

“I’d always been a bit of a defensive shooter and Mits actually asked me if I’d ever thought of switching positions,” she said.

Fenwick remained confident of returning to the ANZ Premiership and after finding her defensive feet in the old Beko Netball League, was given another opportunity with the Tactix at the elite level.

“I think missing out on a contract made me realise just how much I love being involved – it’s really about the camaraderie for me and the people as much as it is about playing the game.”

During her 50 national league matches she has filled every position on court except the centre and goal shooter bib – something she has mentioned to Delaney-Hoshek at training.

“Unfortunately for me, Mits has got some pretty good options when it comes to centre and goal shoot.  I think we’d have to be up by something like 30 goals for me to get a shot,” she said with a laugh.

The Good Oil Tactix meets the Northern Mystics on Sunday at Christchurch Arena at 4pm.