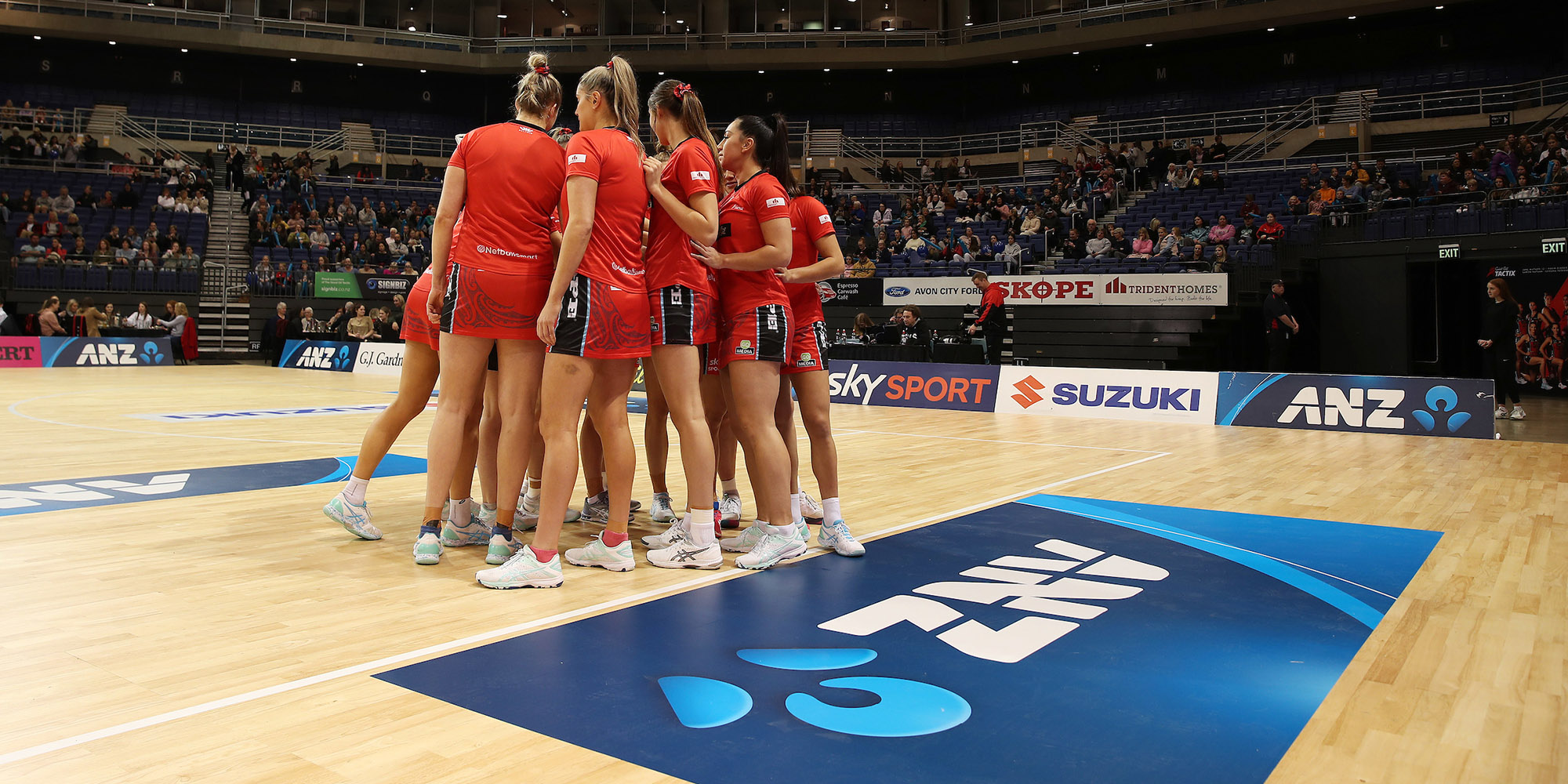 The Good Oil Tactix are keen to say thanks to the netball community and their fans in the best possible way – a victory in their last ANZ Premiership round robin game and the opportunity to host an Elimination Final.

Plenty rests on Sunday’s home game against the Northern Mystics in a round when the Premiership also celebrates its community with prizes up for grabs for their fans and recognition to those who have continuously backed the Mainlanders.

The Tactix have already qualified for the play-offs – their third appearance in the Finals Series in four years – and victory at Christchurch Arena in the final round of the regular season could be enough to clinch hosting rights for the Elimination Final on August 1.

Coach Marianne Delaney-Hoshek said it was something the team was striving for as they also wanted to acknowledge the support they had had from their netball community this year.

“We’d love to earn the right to host that Elimination Final for our community in Christchurch,” she said.  “We’ve missed a lot of netball in Christchurch lately, due to COVID last year, so to get an extra game here for our fans would be something really special.”

Connecting with Netball Centres throughout the region was an important part of the season and the Tactix have regularly been out in the community to deliver coaching sessions, motivational speeches or acting as mentors for young netballers.

The 18 Netball Centres in the Mainland Zone have been invited to take part in the halftime competition at Sunday’s match against the Mystics while the Tactix have partnered with the Christchurch City Mission this week to help raise funds for the Mission.

A sell-out crowd is expected for the Sunday and fans will have opportunities to pick up prizes when they arrive at Christchurch Arena – 10 netballs and 10 Hanmer Springs Pool passes, $300 cash for an end of season celebration and $150 Carlton Bar and Steakhouse voucher all up for grabs.

The Tactix – who are currently second on the league ladder – have a strong record at home this year, winning all four games at Christchurch Arena, and Delaney-Hoshek said it had been heart-warming to see the packed stands during this year’s ANZ Premiership.

“I think we’ve seen in the crowds that turn up to support this team, that connection with the community,” she said.  “And they’re turning up wearing the merch, in red and black – real fans and that grassroots support.”

Support from men’s netball in Christchurch was also being recognised on Sunday with the Christchurch Netball Centre’s men’s A Grade club final, between Kaiawa and Kereru, to be played as a curtain raiser to the Premiership match.

Delaney-Hoshek said it was fitting to have the men’s final played during the Community Round as they had been such strong supporters of the Tactix over the past years.

“When I was the (Tactix) assistant coach I actually helped out with the men’s team a lot and I could see first-hand the challenges they faced,” she said.  “They’ve worked so hard behind the scenes to support the Tactix so it’s really nice to be able to acknowledge that and help give them the accolades they deserve.”

Delaney-Hoshek said the players were now looking forward to the build-up to what would be a special round for the Tactix.

“It’s always special coming home and even more so this week with what is a big game.”