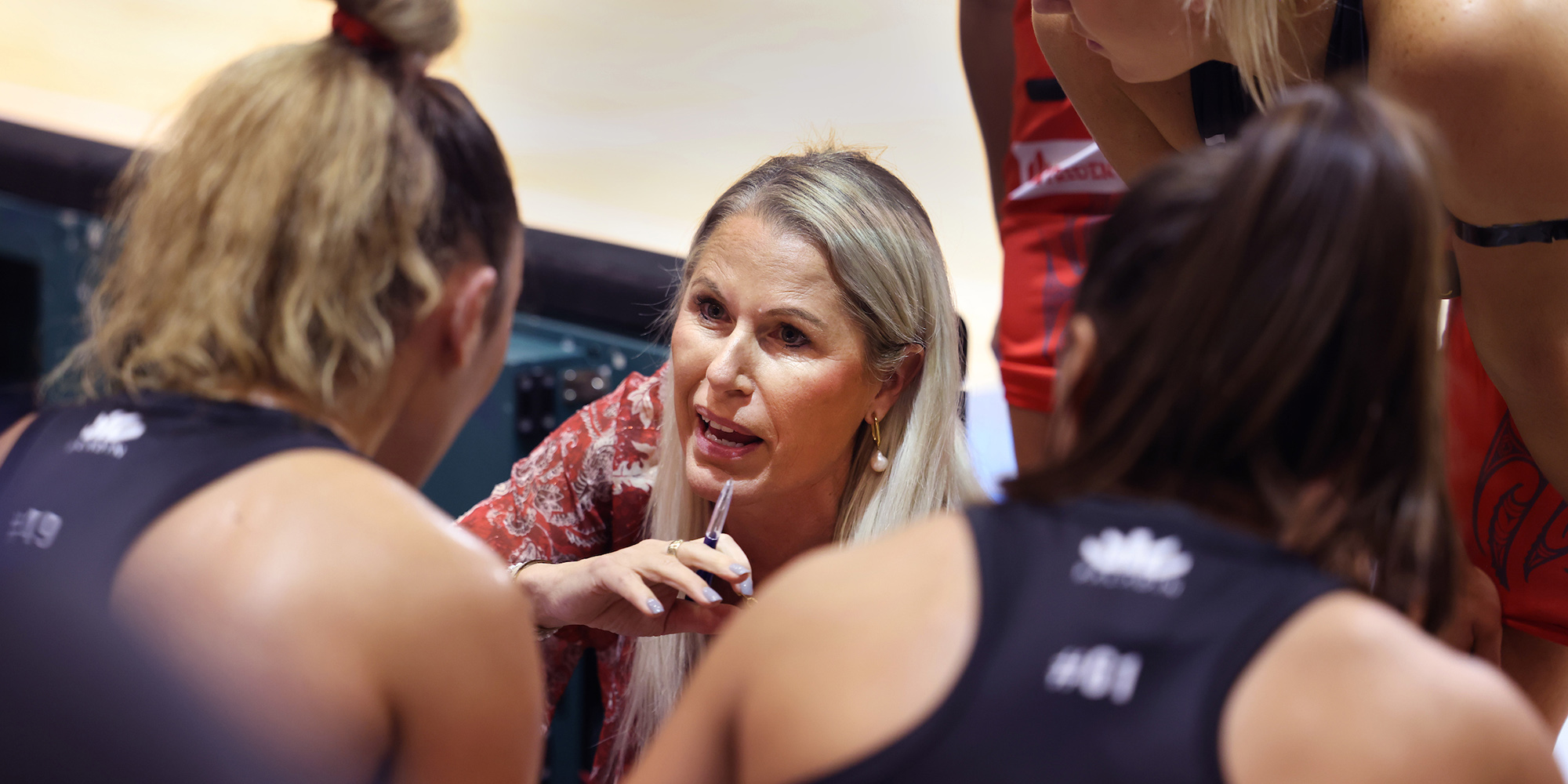 As we approach the mid-way point of the 2021 ANZ Premiership we talk to The Good Oil Tactix coach Marianne Delaney-Hoshek and get her thoughts on how her charges are tracking.

The Mainlanders are sitting in third spot on a tight ladder with a key match against the Stars on Monday.

How the Tactix started:

Pegged as title favourites, the Tactix made a poor start to the ANZ Premiership with an 18-goal loss to the Steel followed by a 14-goal defeat to the Stars.

“It was a bit of a surprise to be honest,” head coach Marianne Delaney-Hoshek said of the opening few rounds.

“We’d been tracking so well during preseason, but it just shows when you get to the big stage how different it can be.”

Injury to goal attack Te Paea Selby-Rickit was significant but not the only reason why the results weren’t coming.

“It wasn’t down to one position, I think there were others out there not playing to the best of their ability. I think we knew that we had the game plan and the confidence was still there – we just had to all commit and put the performance out there.”

A third straight loss, to the Mystics in Round 3, could have seen pundits writing the Tactix off for the season, but the 52-53 defeat was a sign things were turning as the Mainlanders finally showcased their credentials.

How the Tactix are tracking:

Three wins on the trot and the Tactix are making all the right moves – most importantly up the ANZ Premiership points table and into third spot.  Two of the Tactix victories were at home, defeating the Magic before a thrilling extra-time win over the Mystics.

Earlier this week the 10-goal win over the Steel was immense as the Jane Watson-led side showed they could perform in one of the toughest netball cauldrons of all – ILT Stadium Southland in Invercargill.

There are still injuries to manage, including wing Erikana Pedersen, who is nursing a niggling Achilles, but Delaney-Hoshek has been pleased with the Tactix’ performances including the fight shown in pressure-laden moments and their composure in what she regarded as the toughest edition of the ANZ Premiership yet.

“I think there has been an enormous shift. We’re getting better with each outing which is really big for us.”

The work-ons remain and this week against the Stars the Tactix hope to convert the opportunities they are creating on court.

“I think the next few games are going to be a really good measure of where we’re at.”

Where to from here:

Two big weeks are looming for the Tactix as they take on the table-topping Stars in Papakura before returning to Christchurch Arena to play the defending champion Pulse for the first time this season.  Delaney-Hoshek said the logjam on the Premiership table meant there were no easy games and every game and bonus point counted.

“I think the second half of the ANZ Premiership is going to be about how well teams evolve. When you play each other three times you can’t rely on what you did before. That’s going to be the difference as we move forward.”

The challenge, said Delaney-Hoshek, was to “keep things fresh” at training so that players weren’t focussed on the final results.

“I think we’re constantly looking at things in different ways, various scenarios and what we can do better.  It’s my job to keep it fresh at training and ensuring that it’s still one game at a time for us – our focus is on our performance.”

Getting that performance right over the second half of the Premiership will be crucial in what Delaney-Hoshek regards as the “toughest and tightest” league yet.

“I think when you look back at the first ANZ Premiership and this year – its worlds apart. The teams are very even, there is a logjam on the points table and every game is tight – it’s what you want in a competition.”