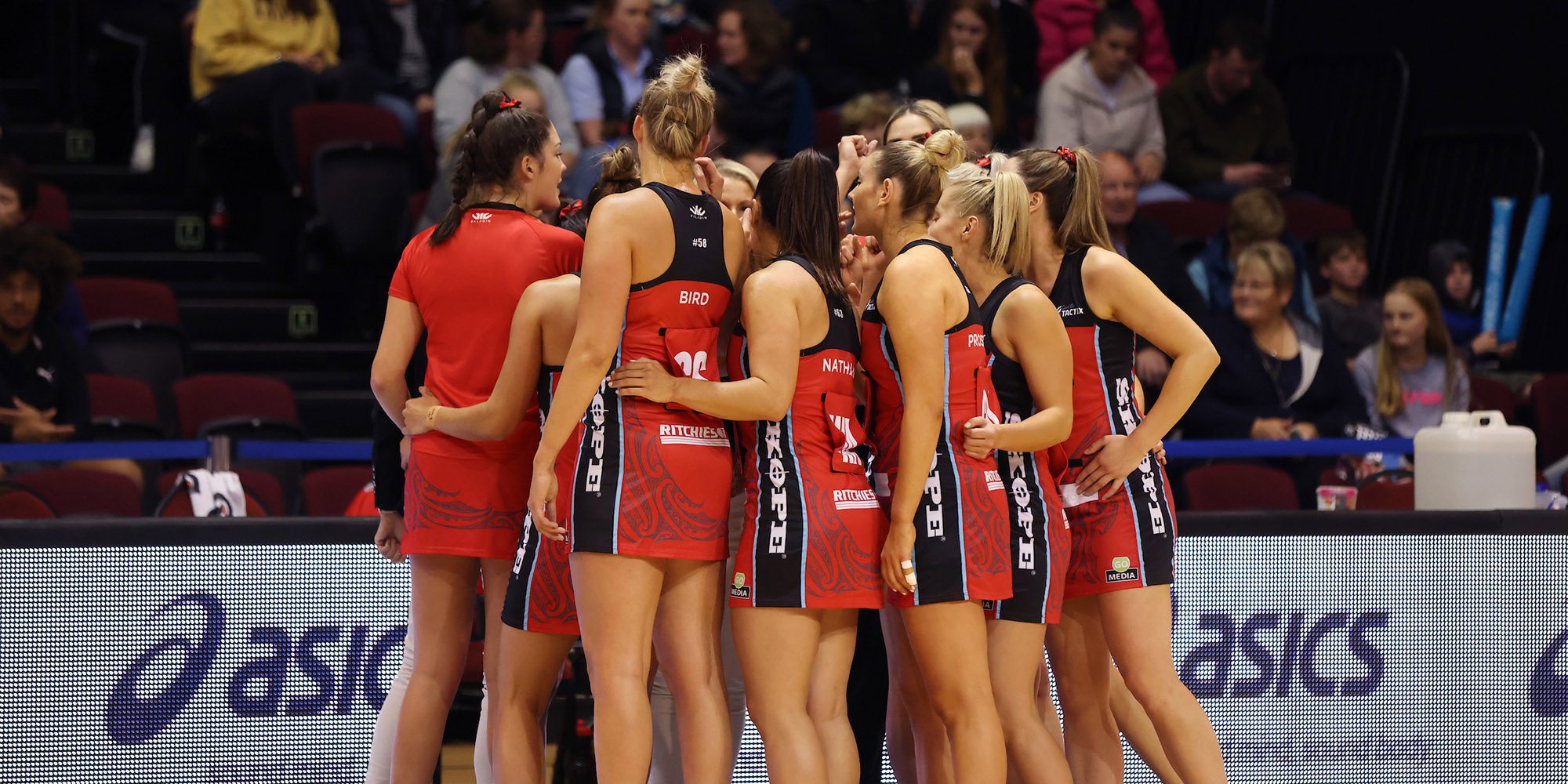 Increased strength is something The Good Oil Tactix shooter Ellie Bird continues to work on in both her physical and mental side of the game – both aspects she wants to put into action against the Mystics on Monday.

Bird and her team-mates head to The Trusts Arena in Auckland in search of their first ANZ Premiership win of the 2021 season.

It has been a tough start to their campaign but the 1.96m goal shoot said the team continued to make improvements with the next step a consistent performance over four quarters.

“We’ve had some really good trainings this week and just want to get out there now,” she said.  “I think the important thing is we know that we can do it.”

As one of the tallest shooters in the league, equalled only by Australian import Caitlin Bassett, she remains an obvious target for both attackers and opposing defenders.

Without her regular shooting partner, injured goal attack Te Paea Selby-Rickit, Bird has come under intense scrutiny from opposition as she and her Tactix frontline bed in some new connections.

“It’s taken a while but it’s coming,” she said.  “Sometimes that patience is needed and under pressure is when it’s tested the most.”

Patience has been key for Bird in developing her own game – the strong hold remains a staple but her mobility, shooter-to-shooter interaction and general strength is where much of her growth has been since being plucked from what was the Beko Netball League in 2017.

Her physical presence in the shooting circle meant Bird took on something of a senior role from the very start, but it has been the constant work on her physical strength during the off-season which helped her take her game to a new level.

There has been a focus on core stability, single and double leg strength, balance, hip stability and combatting her “quad dominant” status.

“Realistically it’s probably only been last six months that I’ve felt the benefits,” she said.  “It takes a long time to engage the glutes and hamstrings but I’ve had a really good off-season to work on that.”

That strength helps with the inevitable knocks and athletic requirements needed at the elite level and Bird believes the hard work has paid off.

“It makes a difference with how you’re landing in some pretty tight spaces,” she said.

Focus on finding the right mind-set was also on-going and something which Bird, who is a member of the Silver Ferns Development Squad and last year’s New Zealand A team, admitted was a big disappointment for her in their season opening-loss to the Steel.

“It’s really important to stay connected which is why I’m yelling out things on court – I’m not as loud as Jane (Watson),” she said with a laugh.  “But it helps me to focus on the positives and stay connected in the game.”

She expects to get vocal against the Mystics in what will be another big task for the Tactix, but Bird was excited to come up against Mystics captain Sulu Fitzpatrick.

“Sulu’s an amazing Silver Fern defender and it’s always a challenge, but I know that I match up well against her.”