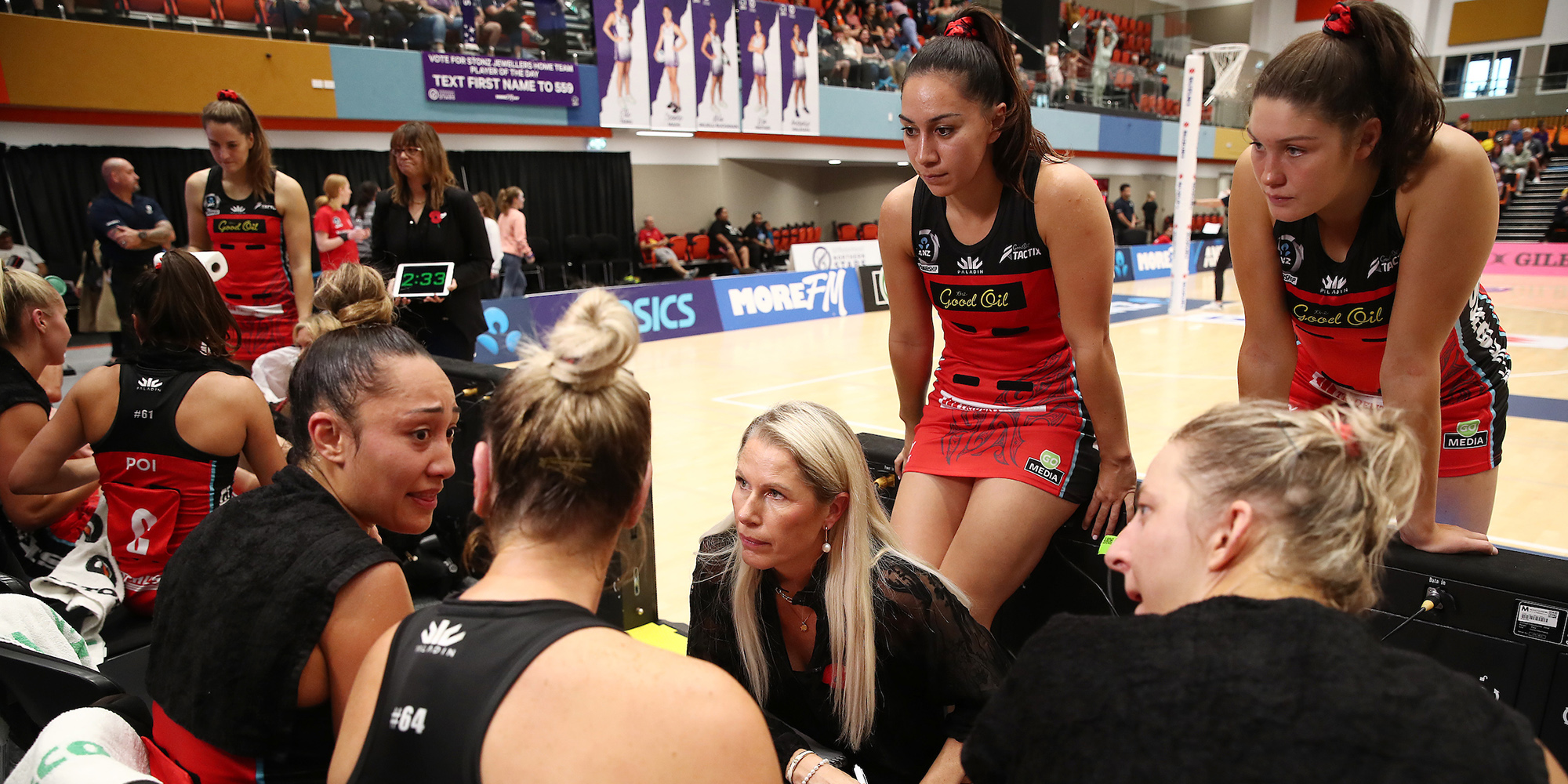 The Good Oil Tactix head coach Marianne Delaney-Hoshek is hoping their fan base keeps the faith despite a tough start to their 2021 ANZ Premiership campaign.

The Tactix have lost their opening two matches and face another challenge in the Northern Mystics in Auckland on Monday.

Delaney-Hoshek said they remained upbeat and working hard to ensure what they produced on the training court transferred through to their match-day performance.

“It’s certainly been a tough start that we didn’t bank on. But we have the belief in ourselves and what we are doing,” she said.

She said there had been a lift in intent and intensity against the Stars which had been pleasing.

“I think you could see what we are capable of, but the timing of a couple of injuries (Ellie Bird) during the game were unfortunate and it allowed the Stars to get a couple of runs.

“They are a team that can score quickly with two Silver Ferns leading their attack which we saw in that second half.”

The Tactix continue to pick up plenty of ball on defence - captain Jane Watson with the most deflections in the league to date and Karin Burger leading the way in intercepts and rebounds - but converting it on attack had been letting them down at key moments.

Delaney-Hoshek said Te Paea Selby-Rickit was continuing to recover from an ankle injury and they hoped she would return to court within the next few weeks.

She said Tactix fans could have confidence that the team had the goods to get the results this season.

“We are establishing some new connections up front with the loss of Te Paea and while we had time together during pre-season, the ANZ Premiership is another step up with some intense competition.

“We predicted right at the start that this year was going to be one of the tightest yet and I think we’re seeing that with the results.”

She said the team would be looking forward to playing in front of a full Christchurch Arena when the Tactix hosted their first home game of the season on May 9 against the Magic.

“It will be nice to get home. There are advantages to away games because you have that time together as a team. But there’s nothing like playing at home.”

The Tactix’ next game is against the Mystics in Auckland on Monday, 3 May. They play their first home game for the season against the Magic at Christchurch Arena on Sunday, 9 May.